The Ultimate Guide to The Bankruptcy Discharge

When you’re in debt, the last thing you want to do is file for bankruptcy. Between the costs and the general stress of having to confront the stunning realization that you’ve got nowhere left to turn, the solution just doesn’t feel like much of a solution.

But when you think about it, bankruptcy is like powering down your phone and rebooting. Something wasn’t working right before, but in the blink of an eye it’s all smooth sailing again. And that’s pretty compelling, isn’t it?

The end result of bankruptcy is, ideally, what’s called the Discharge of Debtor – a formal term that means, “you don’t owe the money anymore.”

Bankruptcy lawyers like me throw around the term like it’s something you learn in kindergarten, forgetting that it’s foreign to most people. With that in mind, here’s your ultimate guide to the discharge in bankruptcy – this time, for a Chapter 7 case.

What is a Discharge of Debtor?

A Discharge of Debtor (which I’ll call a Discharge from now on) is a legal document that releases you from personal liability for certain types of debts you owed before filing for bankruptcy.

Once the bankruptcy judge issues your Discharge, you are no longer legally required to pay any debt that is legally considered to be discharged. You’re allowed to pay the debt later on if you’d like to do so, but the creditor can’t try to collect it from you – ever.

The Discharge of Debtor is stamped with the name of the judge, but it’s issued by the Clerk of Court. In most cases, the judge never sees your Discharge and has no interaction with the administrative processing of your case.

When You Receive a Discharge

When you file for bankruptcy you’re required to attend a Meeting of Creditors. Your creditors, the Chapter 7 trustee, and any other interested parties have 60 days from the Meeting of Creditors to object to either your discharge or the dischargeability of a particular debt. Once that deadline passes, you’re eligible to receive your Discharge of Debtors. In most cases, your Discharge will be issued about 30-90 days after the deadline passes.

In a Chapter 13 case you’ll have to attend a Meeting of Creditors as well as a Hearing on Confirmation (though some places don’t require you to attend that hearing). Once your Chapter 13 Plan is approved by the court you’ll be required to make payments to the trustee. When the payments have been completed and you’ve done the other work necessary to complete the Plan, you’ll get your Discharge from the court.

Finding Out About the Discharge

You will receive a copy of the Discharge of Debtor in the mail about a week after it’s issued by the court. You may also get a copy from your lawyer, who will get a copy electronically the minute it’s filed with the court. If you specifically ask your lawyer to forward you a copy by email, that shouldn’t be too much to ask.

Creditors will also receive a copy of the Discharge of Debtor in the mail within about a week of the date on which it is issued by the court. It will show up in a regular envelope along with the usual U.S. Postal Service mail. Many creditors also subscribe to online services that provide them with immediate electronic notification of your Discharge.

The rest of the world will know about your Chapter 7 bankruptcy discharge only if they either receive a copy of your credit report or go to the courthouse and type your social security number into the system. Your bankruptcy information is considered a public record, but it’s not something that’s broadcast on the evening news.

Which Debts are Discharged – And Which are Not In general, your Discharge will wipe out your personal liability for repayment of the following types of debts:

Depending on the type of bankruptcy case, other debts aren’t going to be wiped out. If you file a Chapter 7 case, you will still be required to pay the following debts after your case is completed:

If you file a case under Chapter 13, however, some of the debts that would survive a Chapter 7 case are going to be wiped out. In fact, the Discharge at the end of a Chapter 13 case will leave you with only the following obligations:

What About Mortgages and Car Loans?

The Discharge you get at the end of a Chapter 7 case will end your personal liability for repayment of mortgages and car loans, but that means only that the creditor isn’t allow to sue you personally for any money. It doesn’t mean you aren’t required to continue paying the debt if you want to keep the property or the vehicle.

If you fall behind on a mortgage or vehicle loan after bankruptcy, the creditor can take legal action to recover the item through foreclosure or repossession. You won’t face a lawsuit for any money that remains outstanding, but you’ll still lose the property even if you file for bankruptcy and got a Discharge.

The situation is different in a Chapter 13 case, though. Under Chapter 13, a mortgage or a vehicle loan is considered a long term obligation if the term extends beyond the end of your Chapter 13 repayment plan. If that’s the case then your obligation to repay the debt is not wiped out with a Chapter 13 Discharge.

Under the bankruptcy laws, student loans can be wiped out only if there is a separate finding by the judge of undue hardship. This standard applies to all student loans – federal loans, private loans, and those issued or guaranteed by other countries.

In order to get to that stage, you’ve got to file a separate lawsuit in bankruptcy court, called an adversary proceeding, against the student loan lender. Your lawsuit needs to claim that excepting the student loan debt from discharge would impose an undue hardship on you and your dependents.

The term “undue hardship” isn’t defined by the bankruptcy laws, which means that different courts have different meanings as well as different standards they apply when deciding whether to discharge your student loans.

In the absence of an order from the judge that specifically says your student loans are discharged, they are going to follow you out of bankruptcy.

Getting Tax Debts Discharged in Bankruptcy

In order to be considered a non-priority debt, the liability must meet the following rule:

If an income tax debt is considered a priority debt it will not be wiped out in a Chapter 7 case, and must be paid in full if you file a Chapter 13 case.

How Much of the Debt is Discharged?

If a debt is discharged in bankruptcy then the interest on the debt is also wiped out. You don’t need to worry about the extra money that adds up between the time you file and the date of your Discharge.

In a Chapter 13, any priority debt that’s paid in full won’t accrue interest either.

If You Forget to List a Debt on Your Bankruptcy

You may owe money to a lot of companies. Perhaps those debts have been bought, sold and transferred so many times you don’t know who you owe money to anymore.

If you file a Chapter 7 case and forget to list a creditor, the debt is still discharged unless the bankruptcy trustee had an asset that was sold so that the proceeds could be distributed among your creditors. The creditor won’t know about the discharge so you may still be subjected to collection efforts, so you’ll need to let them know after the case is over. The only exception to this rule is that the debt won’t be considered discharged if it would not have been wiped out in the case had it been listed.

If you don’t list a creditor in a Chapter 13 case then the debt is not discharged.

That’s why it’s a good idea to double check your list of debts before you file your bankruptcy case. Take the extra step of getting copies of your credit reports if you think there’s even a remote change of missing a debt.

What a Creditor Can’t Do After Discharge

Once you get your Discharge, the creditor can’t start or continue a lawsuit against you that demands you to pay money for the debt. If there was a lawsuit going on before you filed for bankruptcy, that lawsuit has to stop forever.

The creditor can’t call or write you about the debt – even something informal that mentions you’re allowed to pay it but aren’t required to do so.

The creditor can’t get sneaky and hire a collection agency to try to get the money from you, either.

There are even some courts that say it’s against the bankruptcy laws for a creditor to keep reporting the debt as outstanding on your credit report.

If A Creditor Tries to Collect After Discharge

The bankruptcy law specifically states that creditors can’t collect once a debt is discharged. There’s no room for error on that point.

If a creditor or collector acting on behalf of a creditor tries to collect money from you once the debt is discharged, you may be able to file a lawsuit in bankruptcy court for damages and legal fees. The judge may also take additional actions against the creditor, depending upon how badly they behaved.

After all, the entire point of you filing for bankruptcy was to get relief from your debts. The court issued an order wiping out the debts, and that order is a serious one. If a creditor steps over the line, you can rest assured that the judge is going to be very unhappy about it.

Success! Now check your email to confirm your subscription. 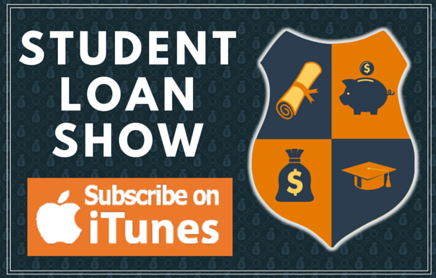 What Our Clients Say

Thank you so much, Jay, for all your hard work. I am so grateful for the peace of mind I had during this whole process knowing that my case was in good hands. And I'm very happy with the settlement we were able to get.

I can’t thank you enough Jay. I really appreciate all the work you did on these lawsuits and for working out this settlement for me. I am so grateful!!

I thought Jay did a great job in answering the questions both my daughter and I had concerning our issues. The fee was reasonable and made me feel more at ease under the circumstances at hand.

Clearly spelled out options and consequences for both student loan repayment and default. Consultation led to a much more focused plan to deal with the debt. Very knowledgeable and compassionate individual.